Now more than ever, positive transformation of young lives requires broad based community and corporate initiatives.

As charity NGO’s like Mother’s Choice and some of their pro-active corporate partners step up for at risk youths, an at large community effort will still be required to effective enduring and cyclical change.

There are few pursuits nobler than a positive life transformation, both on an individual and communal level. It’s a lifelong journey where a helping hand is basically imperative. For groups like Mother’s Choice, a Hong Kong based charity that has been serving children without families and pregnant teenagers since 1987, that help comes in many forms.

“At Mother’s Choice we really believe, the entire community – not only the government – has all of the resources we require to fix our social problems,” according to the group’s COO Rebecca Brosnan. “We believe those problems can only be fixed through the development of authentic relationships between people who have resources to give and people who need them. Both on the asking side and the giving side.”

Thankfully their work has substantially expanded the groups’ profile in the community, particularly in the corporate sector where Mother’s Choice have forged a number of significant alliances. The hope is that through the help of the corporate community, these at risk girls can eventually be placed in life changing situations and jobs because all they really want is a chance.

However, striking a delicate balance between the desire of various groups to help the practical realties of a sustainable personal transformation is not that simple.  Most of the girls who come to Mother’s Choice have experienced significant trauma in their background. They lack any kind of stable family and have often come through the residential care system and been in and out of orphanages most of their lives.

“It’s important to remember that these at risk girls and foster kids are not there because it’s their fault,” said Brosnan.” They have trust issues and have to trust you before they accept your help. The only way they will trust you is if you build up that relationship. Finding jobs for them is much more than a job placement program, it is a relationship building program.”

One of those companies that understood the challenges and scope of integrating at risk girls into the workplace is RedBox Storage, one of Hong Kong’s largest storage companies. The Group Chairman Simon Tyrrell was well aware of the work Mother’s Choice does and was looking for a way to integrate a job placement program.

A little over one year ago, he approached Mother’s Choice with the idea of creating a job opportunity for one of their struggling single mothers as a pilot for a broader program, despite an economy that was beginning to collapse under the looming Covid crisis. ‘Mui Mui’, was identified a suitable candidate and whilst she has very little experience or job related skills, undaunted, Tyrrell told his Human Resources Manager, Ivy Chim to try and find a way to make this work.

“At that time, we were starting a massive project relocating one of our older sites into a new state of the art location,” said Chim.  “It was a very good project for Mui Mui to start with to understand the group operations and learn about our processes and general customer service skills.”

It’s one thing for a company to have a stated ethos of corporate social responsibility. But it is an entirely different affair when so many companies are channeling literally all of their resources into fighting for financial survival amidst the carnage of Covid 19. Fortunately, the project meant the necessary budget was in place to bring Mui Mui aboard.

The learning curve, however, was steep and quick. “I was forced to undergo a fast-track learning program with immediate on-the-job training,” said Mui Mui. Among the things she was proudest of was developing the ability to deal with people, particularly some of the more difficult customers. “I was upset at first by some of their behavior but my colleagues comforted and encouraged me, teaching me strategies to cope,” she said.

For Mui Mui, it was a opportunity that completely changed her life. “I used to doubt my work ability because of my reliance on social welfare support from the government,” she said. “I felt deprived and had very low self-esteem. Now I am beginning to like and accept myself more.”

Everything is an ongoing process though and in that respect, Chim is grateful for the vigilance from the social workers with Mother’s Choice.  “Even after they placed her, they closely monitored her progress to ensure that the partnership worked,” said Chim. “It’s one thing to get them a job, but they want to ensure that they are grooming her for success.”

Tyrrell is unabashed in his praise for Mui Mui not only for the work she has done, but what she had to overcome to do it. “I would hire ten more Mui Muis if I could, she quickly became part of the team, was eager to learn and applied herself to her work” he said. He is also adamant about the role his company played in Mui Mui’s success.

“We are just the facilitators, concerned citizens who took a chance on someone for the opportunity to help,” he says. “Mui Mui has proven herself as a role model for the large proportion of the Hong Kong youth that without community or support face significant challenges.  If we don’t acknowledge this, we cannot hope to change it, thus it will continue from mother to child in a generational cycle.”

Brosnan agrees and sees first-hand the cyclical nature of the girls plight. “Almost all the girls that come to us are daughters of teenage mothers,” she said. “Unless the community support is there, these girls are trapped in an endless vicious cycle.”

For Mui Mui, it’s about the community who came together and wrapped themselves around a vulnerable girl. In essence, they became her extended family and offered her invaluable support. Tyrrell believes Mui Mui’s success can be both inspirational and transformational for many more like her. “Her actions have directly caused aspirations that at one point were out of reach, to become reality,” he said. “Her dedication and resolve to better herself has inspired the people around her to do more. It should also be a clarion call for the community to get more involved as well in assisting other young people just like her.”

How to choose a Self-Storage Facility

Need extra space to keep your valuables organized? Here are six tips for you to consider when choosing a self-storage facility in Hong Kong. Read More. 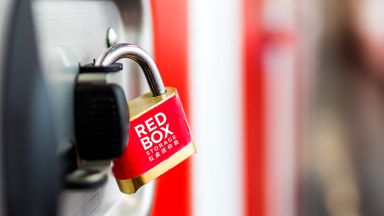 Tips for renting a mini storage unit to store items - Is storage protection plan worth it?

A self storage protection plan will provide necessary protection while renting a storage unit or container. Click here to learn more. 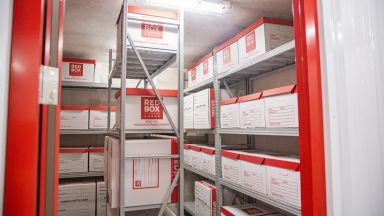 How to release office space